The State of Obamacare Right Now 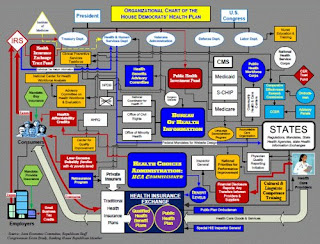 The battle for Obamacare rages on (or prattles on, lingers on?) on Capitol Hill. In the Senate, the Finance and the Health Committees have "vastly different bills" while the House is still tinkering with HB3200.

In the House we hear that yes, there will be a vote before recess and then we hear that there won't. Pelosi, of course, wants a vote and Steny Hoyer says the House may stay in session next week. The Blue Dogs seem to be holding the line and we need to keep calling and encouraging them! Even if you've already called, call again! Send an email! Send a fax! Back these guys up.

In the Senate, the Finance committee seems to have taken the public option out of it's plan, much enraging the liberals. Baucus is reported to have stripped that part of the plan in the hopes of gaining some Republican votes. In the most clueless quote of the day, we have Sen. Sherrod Brown who said, “So because we want three Republicans to come along on this, we are going to betray what the American people want? I don’t think so.” According to the lastest Rasmussen poll, 35% of Americans want a public option while 50% are opposed.

Stay on the phones. Tell your friends. This is a bad bill. I'm with Bill Kristol on this one - "Kill it and start over."

Posted by Pat Austin Becker at 7:56 AM