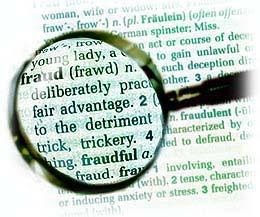 Byron York is still on the trail of IG-Gate, reporting this morning that " the White House is hinting that documents concerning its actions in the Walpin affair may be protected by executive privilege."

York points out several holes in the White House explanation of the Walpin firing, primarily that he was never actually investigated. He was simply fired because he dared to question the handling of the AmeriCorps case and Kevin Johnson, an Obama ally.

Here is Stacy McCain's latest post on the IG-Gate story dealing partially with the Amtrak end of things. He makes the point "While Attorney General Eric Holder may get some scrutiny in the AmeriCorps IG case, it's the SIGTARP case that has the most potential to send a Cabinet member under the Obama bus. And trying to lie your way out of a scandal is a very dangerous thing, when it involves a federal investigation."

The story plods ahead and it certainly isn't going away. Questions will have to be answered. This would be a good time for that transparency thing to kick in, don't you think?
Posted by Pat Austin Becker at 8:58 AM