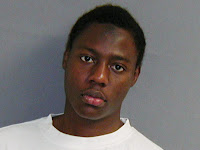 Eli Lake reports this morning that the U.S. is now on a manhunt for English-speaking terrorists:

U.S. and allied counterterrorism authorities have launched a global manhunt for English-speaking terrorists trained in Yemen who are planning attacks on the United States, based on intelligence provided by the suspect in the attempted Christmas Day bombing after he began cooperating.

Do you just love how these leaks are filtering out now about how cooperative Abdulmutallab has become? He's told us now, in the spirit of cooperation, that "he met with other English speakers at a terrorist training camp in Yemen" and they are coming for us. Is this news, really? Did we not already know this?

Coincidentally, Team Obama is now "retooling the administration's communications strategy to produce faster responses to political adversaries" because the White House believes "the president's communications team had not taken the initiative often enough and had allowed drawn-out debates in Congress, and relentless criticism by Republicans, to drown out his message." Forget national security - it's all about the politics!

Is part of that strategy - "leaks" to the press? I guess that's always been a "strategy" of sorts.

In the case of Abdulmutallab, and national security in general, this administration is taking a lot of hits that they aren't responding to very well, specifically, their bungling of this case. As Jennifer Rubin said today,

So the question comes down to this: what if in the five weeks of the Christmas Day bomber’s Mirandized silence other terrorists got away? And if the unimaginable happens and one of these should strike, what then? Even the potential for such a calamity should convince all but the most hardened Obama sycophants that we are in danger now, greater danger than we would otherwise be, had the search for mass-murders-in-training begun weeks earlier.

Seriously, even "the most hardened" Obamabots would have to admit that the handling of Abdulmutuallab has been a disaster. The man was certainly in possession of actionable intelligence when captured. That intelligence has most certainly gone cold, for the most part. I suspect the information that there are English-speaking terrorists out there who might be planning attacks is news to some, but not to most.

We are supposed to believe that the warm-fuzzy-method-of-interrogation has resulted in this fabulous actionable intelligence that there are others like Abdulmutallab and they speak English! We'd have never learned such things had we followed Dick Cheney's methods!

The more interesting part of it all at this point, to me, is that the administration is so intent on being "not like Bush" in terms of what they call torturing terrorists, that they questioned this guy for only fifty minutes without benefit of any other intelligence agencies getting in and sharing information which could have led to actually obtaining MORE information from him. As has been stated before, the High Value Interrogation Group (HIG), which was supposed to be the "humane" way to interrogate folks like this, was never even an option for use because it was never set up.

This is incompetence at the highest level.

Update: Hot Air echos my feeling that this isn't really news but does offer a suggestion for our counterterrorism folks:

The US is “certain” that more attacks will come over the next three to six months, using these new “bullet[s] in the chamber.” Maybe that means it’s time to ensure that all of our CT organizations are talking to each other now — or to start dismantling AQ’s network in Yemen with targeted missions and some captures rather than kills.

(H/T: Memeorandum)
Posted by Pat Austin Becker at 8:29 AM

Part of me wants to believe that if any credible information was obtained from Mr. Mutallab, it was at the expense of the obama administration's morals and that they went down that "slippery road" that they are quick to accuse others of doing.