On The Reading Shelf: February 2010 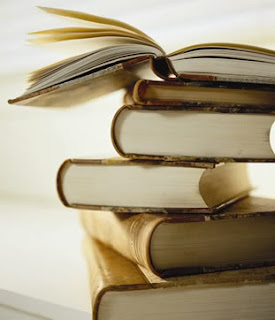 Every now and then I do a post about my reading shelf. I had such a backlog last time I posted on this that I'm only now getting halfway caught up. At that time I had eighteen books waiting on me; that was in November. As I've said before, I read a lot of non-fiction and throw some popular fiction in every now and then to break the pace.

Sometimes I get sidetracked and put a book down and get back to it. I only do that with non-fiction. For example, I started Empire of Liberty back in November. I set it aside to read Going Rogue and that led to Sara Paretsky (which I labored to get through - review here) and after that I picked up Stacy McCain's book with Lynn Vincent - Donkey Cons. I'll be honest - I really enjoyed Stacy's book. It's a keeper.

So on my shelf right now, and a couple are still holdouts from the November stack, is Stephen King's Under the Dome, and Ayn Rand's We the Living. I've still got Empire of Liberty to finish. It's wonderfully written and really interesting, but it's a huge book and I had to step back from it for a bit. I've just ordered Marc Thiessen's Courting Disaster. Also waiting for me is the new Edwin Edwards biography. Say what you will about ol' Fast Eddie - he was a Louisiana Character! I can't WAIT to read that one!

I'm finishing up the latest Patricia Cornwell installment in the Scarpetta series - The Scarpetta Factor; I should wrap that one up tonight.

Hmmm. On second thought, it looks like I'm getting low on reading material! I get uneasy unless I have a huge stack waiting in the wings! Time to get back to Amazon...

I am embarrassed to say that I hadn't picked up a non-fiction book in a long time but I did order Game Change from Amazon a few weeks ago. I'm about halfway through it and I find it pretty fascinating. It's a very interesting look at the behind the scenes working of the 2008 campaign. It's made things a lot more clear to me and I've learned about a whole new cast of characters who decided and shaped the candidates.

How did I not know there was a new Cornwell book out last fall? Is it any good?

As for fiction stuff, I've fallen in love with Tess Gerritsen. Just finished The Bone Garden and loved it!