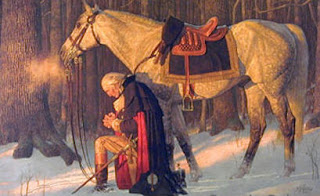 High school juniors in North Carolina may be looking at a new history curriculum. The state is considering adoption of a history curriculum in which American History would begin in 1877. No George Washington, no Abraham Lincoln, no Civil War...

The state's on-going curriculum review hits all subjects but it's the proposed changes for high school students learning social studies that have provoked fears. Under the new guidelines, students will graduate without learning enough about world history and key parts of American history including Abraham Lincoln, westward expansion or much else that happened before 1877 when Reconstruction ended, critics say.

"We are certainly not trying to go away from American history. What we are trying to do is figure out a way to teach it where students are connected to it. Where they see the big idea. Where they are able to make connections and draw relationships between parts of our history and the present day so the students who see it as relevant," said Rebecca Garland of the N.C. Department of Public Instruction.

I'm not sure how you can teach American History without the Constitutional Convention and the Revolutionary War, and, well, so much else!

Ninth graders would take a new course called "Global Studies" rather than "World History" which they take now. Global Studies is described as a course that "focuses on modern issues like the environment" rather than history. Tenth graders would continue to get Economics and Civics and then in the eleventh grade, the new history curriculum...beginning with Rutherford B. Hayes. WTF?!

Update: A history teacher I know and respect a great deal left this message on my Facebook link:
I will say that I've heard her, and others, say that it's extremely difficult to get it all in. I think that one of the challenges many history teachers face is getting kids to relate to history or become interested in learning it. To me, history is fascinating. But to a fifteen or sixteen year old kid, not so much. Of course there are exceptions, and that God for that. I still don't really know how you can teach history without the Founding, though.
Posted by Pat Austin Becker at 6:39 PM

Let's hope they look at this idea and promptly throw it into the trash can. What a terrible idea.

How can they possibly impart the concept of individual liberty, let alone "all men are created equal" if they don't explain the Declaration of Independence, the Constitutional Convention and the origins of the 14th Amendment?

Oh, I know, they'll start with Standard Oil and the trust busters! Anti-business is the new populism now.

Doing away with the teaching of one's past will make it easier to control the course of the future.

Your friend on facebook is offering the same stale excuses that I've heard numerous times. It's a strategy to defer blame and mollify parents only and it does not address the actual problem. The only thing that's missing is the "they'll learn it all in college anyway" line.

I like the line "I am teaching the various units as background & REVIEW!" Huh. So you're reviewing subjects that haven't been taught. Interesting use of language there.

While I may be sympathetic to the idea to "there isn't enough time" mantra, it's kinda hard to feel to bad about it when I see some of the way that this precious time was spent. Spending a week watching the mini-series "Roots" for instance and then having a review and test on it.

How about just using the movie "Gladiator" to cover ancient Rome? And ancient Greece while you're at it?

The fact is that American students are emerging from many school systems without knowing that the War of 1812, the Mexican-American War, and other "inconsequential historical hic-ups" (yes, that's a quote from a teacher I know) ever happened. This lack of understanding has to be addressed.

The answer to the "kids aren't interested in it" problem is not to simply remove the bothersome "it" from the curriculum.

And don't even get me started on replacing World History for environmental studies (gag). "An Inconvenient Truth" coming soon to a World History classroom...

I'm not trying to criticize teachers here (it's amazing how many people jump to that conclusion when you're at all critical of American education), and I am instead being critical of whoever is making these horrible decisions regarding public education and to those of us allowing it.

I did not relate to history when in school; however, it was required. Bottom line, I knew how this country began, the importance of the Declaration of Independence, the Constitution, and etc.

As one grows older, you remember and know. When something comes up that does not sound/feel right, your interest is peaked to research. If one does not have an inkling, then nothing seems out of sync. The past few years I've had to look a lot of historical information, re-read the Constitution, as well as almost re-take a civics course.

This is a big, big mistake. BTW, I graduated high school in 1957. I have no sympathy for history teachers who are looking for an easy way out. So, the kids are not interested? So what? I wasn't either.

How can you keep your country and liberty if you do not know anything about it? Our history is as important as math and English if you want to keep America America.

Starting American history after the Civil War is like picking up on Lost 2/3 into the series. Kids will have no idea where all this crap came from, why people act the way they do and why its all a little messed up. If you want kids to understand American history, study ideas first, then go into events.