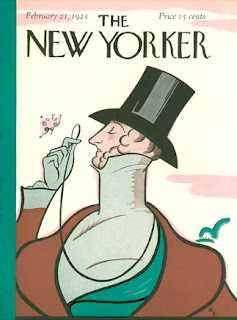 The conflicting stories about the handling of the Abudulmutallab affair are getting monotonous.

Tuesday I posted on the conflicting tales between Eric Holder and the testimony before the Senate Homeland Security Committee: Holder said at least four agencies were involved in the decision to charge Abdulmutallab as a common criminal rather than an enemy combatant, but the heads of those security divisions said they were never consulted. Who to believe?

NRO's The Corner also picked up on this same distortion today:

Blair, Mueller, Leiter, and Napolitano all fall under one or both of the descriptions "partners in the intelligence community" and "senior members of [Obama's] national security team," and all four claim they were not consulted. Could they all be mistaken?

So who is correct? Holder? Or all four security honchos?

Now we can add The New Yorker to the distortion machine. In an article from their February 15 issue, Jane Mayer highlights Eric Holder and the KSM trial. She says of the Abdulmutallab affair (emphasis mine):

After the Christmas Day incident, conservative pundits lambasted the Justice Department’s handling of Abdulmutallab, who had concealed in his underwear a bomb that ignited but failed to explode. When the plane landed, Abdulmutallab was taken to a hospital for treatment; at Holder’s directive, he was arrested as a criminal suspect. (The F.B.I., the C.I.A., and the Pentagon signed off on Holder’s decision.)

Mayer goes further to say that we actually gained "time-sensitive information" from Abdulmutallab:

He divulged time-sensitive intelligence: he had been trained in Yemen, by affiliates of Al Qaeda, and had obtained explosives from them.
I'm no security expert but is that really time-sensitive? I don't think so. Didn't we already gather some of that from his father?

The bottom line is this. It does not matter if Abdulmutallab is cooperating now or not. It's good if he is but certainly genuine "time-sensitive" information has been lost. One of the first things Abdulmutallab reportedly said was that there were others like him that are coming. WHO? WHEN? HOW? That would be actionable, time-sensitive intelligence.

Meanwhile, is to too much to ask that everyone get on the same page?
Posted by Pat Austin Becker at 6:47 PM

It's nice to see this new efficiency, transparency, and communication in government that's been recently brought about-- after EIGHT YEARS of criminally evil incompetence. (Bush is the devil. It's his fault.)