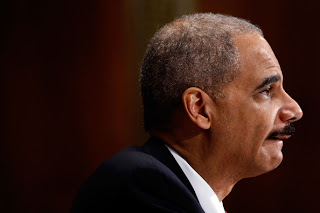 After much bungling and backtracking we now get word that Obama is "planning to insert himself into the debate about where to try the accused mastermind of the Sept. 11, 2001, attacks, three administration officials said Thursday, signaling a recognition that the administration had mishandled the process and triggered a political backlash." The Washington Post has the story here.

I'm still trying to figure out why he wasn't part of the decision in the first place, although the Post says it is because he wanted to have a separation between Justice and The White House. Yeah, I'm buying that.

The problem with all that is that the KSM trial shouldn't ever have been a "justice" problem; it should have stayed right where it was...in the hands of the military and the military commissions where KSM had already confessed and was ready to receive sentence.
Posted by Pat Austin Becker at 8:57 AM