Is a Double Dip Recession on the Way? 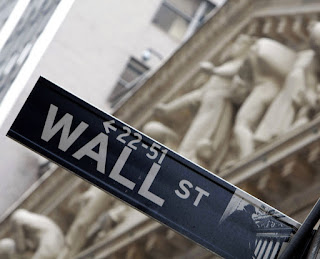 Arthur Laffer's column at the WSJ sent me spiraling into a funk of depression this morning, but that's no excuse to ignore what he's saying.  You think times are tough now?  It's going to get worse:

On or about Jan. 1, 2011, federal, state and local tax rates are scheduled to rise quite sharply. President George W. Bush's tax cuts expire on that date, meaning that the highest federal personal income tax rate will go 39.6% from 35%, the highest federal dividend tax rate pops up to 39.6% from 15%, the capital gains tax rate to 20% from 15%, and the estate tax rate to 55% from zero. Lots and lots of other changes will also occur as a result of the sunset provision in the Bush tax cuts.

Tax rates have been and will be raised on income earned from off-shore investments. Payroll taxes are already scheduled to rise in 2013 and the Alternative Minimum Tax (AMT) will be digging deeper and deeper into middle-income taxpayers. And there's always the celebrated tax increase on Cadillac health care plans. State and local tax rates are also going up in 2011 as they did in 2010. Tax rate increases next year are everywhere.

So all your taxes from every direction are going up.  But wait!  That's not the worst of it.

Because corporations know all this, they're shifting a lot of growth to 2010 which as Laffer says, is why the economy looks as good as it does right now.  Sadly, it doesn't really look all that good right now, but that's beside the point.  The point is that it's going to look lots worse next year.

In 1981, Ronald Reagan—with bipartisan support—began the first phase in a series of tax cuts passed under the Economic Recovery Tax Act (ERTA), whereby the bulk of the tax cuts didn't take effect until Jan. 1, 1983. Reagan's delayed tax cuts were the mirror image of President Barack Obama's delayed tax rate increases. For 1981 and 1982 people deferred so much economic activity that real GDP was basically flat (i.e., no growth), and the unemployment rate rose to well over 10%.

But at the tax boundary of Jan. 1, 1983 the economy took off like a rocket, with average real growth reaching 7.5% in 1983 and 5.5% in 1984. It has always amazed me how tax cuts don't work until they take effect. Mr. Obama's experience with deferred tax rate increases will be the reverse. The economy will collapse in 2011.

Stacy McCain has some related thoughts on this here as he ponders the ever more frequent use of the term "double dip recession."    He can add Laffer to his list of pundits predicting that:

When we pass the tax boundary of Jan. 1, 2011, my best guess is that the train goes off the tracks and we get our worst nightmare of a severe "double dip" recession.

So should you put your money in your mattress?  Buy gold?  Move to a hut in the wilderness and live off the land?  Cross your fingers and pray?

Laffer has a few suggestions but what I'm going to do is get as much as I can paid off this year and save every penny I can.  Every freakin' dime.
Posted by Pat Austin Becker at 10:15 AM

Saving cash has some small benefit but with our spending we will see inflation on the heels of the coming economic hit.

Gold is a hedge, but residential and commercial property values will drop as business re-investment is stifled and the economy worsens.

Those who voted for the mad socialist in the White House should be happy because his agenda is in full swing.

We are not going to have a double dip recesssion. That is because we have not recovered from the original downturn and will awaken shortly to understand that we are in depression. As I understand, depression vs recession is defined by unemployment. The stated unnemployment is close to 10%. In reality, that is closer to 20 ot 25% when you take into consideration the hopelssely unemployeed. Then consider that about 40% of jobs are classified as not permanent. The only thing keeping us afloat and no rioting in the streets (unless you are an illegal) is the fact that the government is paying people not to work. That can only last so long.

People who study bear markets have seen this double dip coming for several years. Obama's financial hipsters have been alternating between lying straight out about the economy and behind-the-scenes deals, liberally seasoned with whatever luck they can gain by crossing their fingers.

Their biggest problem is that they haven't been able to get Cap'n Trade aboard the Good Ship Lollipop (yet). They were counting on the establishment of a brand new system of fiat money via an international carbon credit swindle to bail us out, and conveniently replace capitalists with themselves. The fiat money thing hasn't been going so well for a lot of reasons, a big one being the climate-change skeptics' exposé of the Climategate shakedown.

That's where disasters like the Gulf spill come in mighty handy, turning people's attention to the distant rewards of green technologies that, unfortunately, have not yet been invented.