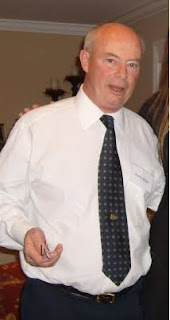 The Republican candidate opposing Rep. Pete Stark in the CA-13 race this fall has released a statement in response to Stark's mockery of one of the Minutemen asking him about border security.  You will remember that Stark insisted that "our borders are quite secure."  See the video of the exchange here.

"To declare that our southern border is secure when $100 billion worth of drugs enters our country from Mexico every year and a civil war is spilling over into the United States … In any such moment there are underlying stupidities that must simply be stopped,” Baker said.   “American civilians are being killed and Congress has not sent troops to the border?” Baker asks.

“The Pete Starks running our government don't seem to understand the concept of sovereignty,” he said. “But it is not because they are old and confused. We are being sold to those who would harm us ... on purpose, and for cash.”

Baker pointed out that Stark has been in Congress for 37 years and has never been seriously challenged.  "That will change this year," he said.

I have seldom been more disgusted with arrogance of an elected official than by The DISHONORABLE Pete Stark! I will send money to Forrest Baker to defeat this unworthy piece of crap and I urge you to do the same. I grow tired of rulers masquerading as "servants of the people"

This is what Mr Baker snet to me when I broached the subject:

Thank you for the note. My Congressional campaign is fully funded through the Fall and I'm not accepting any contributions. The best way to help will be to talk up this contest among your friends. This is going to be a great year! Please stay in touch. Thanks, again.

A politician who is NOT accepting campaign contributions??! I'll vote for him.

Stark has lost his marbles and he's a bitter old man. I feel sorry for his wife and family. What a shame he has become. He had a grand opportunity to become someone that reflected well upon California and now his life has been wasted.

It was a bizarre display of contempt. 37 years is far to long for any congressman to serve.