Shame on Reuters and Shame on Miley 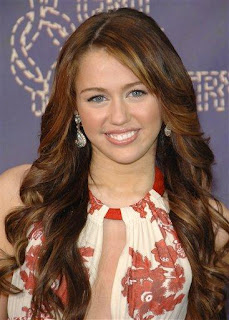 I don't spend much time worrying about celebrities.  I don't read TMZ or Perez Hilton.  I have a low opinion of most celebrities, but there are a few exceptions.  There are some who believe their opinions matter more than most just because they are famous (like Sean Penn), but I rather miss the old days when celebrities kept their private lives, and body parts, to themselves.

We live in such a voyeuristic society today.  What are the rules when celebrities are actually children?  Is is just open season on them because they have put themselves (or someone else has...) put them in the spotlight?

But, what can you expect from Perez Hilton, anyway?  That's no excuse, but still...

Now we have Reuters, a normally respected news agency, publishing the latest wardrobe malfunction of Miley Cyrus at the MuchMusic Video Awards last night.  I'm not going to even link to it because it's disgusting.  Reuters defends the publication of the photo saying " it occurred on stage in front of hundreds of people and other cameras, as well as the fact that the teen sensation is transitioning away from 'Hannah Montana' and into a more grown-up performer."  Not good enough.  She's not "grown-up" - she's seventeen.

Where do we, as a society, draw the line when it comes to children in show business?  We've seen the absolute meltdown of Britney Spears and Lindsay Lohan occur right before our eyes.  Have Miley's handlers or parents learned nothing from this?  This is a dangerous road.

I'm rather at a loss for words on this one.  Normally, I'd say, "She's a celebrity, practically an adult...if she wants to go down that road, fine."  But, she's still a child.  She's seventeen.

It's sad that anyone, ANYONE, let her go out on that stage "dressed" like ... well, like that, last night.  Her performance last night, on top of the Perez Hilton scandal last week signals a dangerous road for Miley, to me.  Her father, Billy Ray Cyrus, caught a lot of flak over the Vanity Fair shoot two years ago (when she was fifteen), and apparently learned little from it, or just doesn't think it's a big deal.  At the time, I thought the photos were kind of creepy, but I let it go.  In retrospect, maybe we should have paid more attention.

I hate to see a promising, formerly wholesome, young girl go the same route as Britney and Lindsay.  I'm not a prude or Victorian by any means, but .... she's seventeen.  Honestly, it wouldn't be much better if she was 21, but ... she's seventeen.

Shame on Reuters for publishing such rot.  Shame on her parents and shame on her.

She wants it and her parents applaude her for it. It's just trashy.