SHOCK: Guantanamo Has Amenities for the Troops! 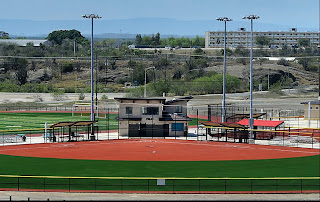 I missed this story in the Washington Post earlier this week and what strikes me about this story on the U.S. Naval Station at Guantanamo Bay is not the dollar figures cited, which is what the Post wants you to be shocked about, but the snarky tone of the authors.  I know, I know...that shouldn't surprise me, but it does.

The authors catalog what they sees as excessive spending and renovation to the base.  What the authors, Scott Higham and Peter Finn, lose sight of is that GTMO is not just a prison for the world's worst terrorists, but is also a naval base where troops are stationed for periods up to two years.  It's an isolated base and whereas on many overseas bases, troops can go "off-base" and mix among the locals, eat in restaurants, socialize, or take part in recreation activities, that's not the case in Cuba.

So, at Guantanamo, troops have a Taco Bell, a KFC, a baseball field, a lap pool, a skate park, a dog training kennel for drug and bomb dogs, and a Starbucks.

That's not any different than any other base I've ever been on.  I haven't been on many, two to be exact, but at the last Air Force base I was on, there was a Burger King, a baseball field, a movie theater, a swimming pool, a Starbucks, and a couple of gymnasiums.  The last Army base I was on had much of the same.

Where's the story on how much it costs to operate the golf course at Fort Polk or Barksdale AFB?  Where's the outrage over the new housing at Barksdale?

Why does the Post begrudge the Navy their base?  The money?  Is that it?  Or is it that it all started during "Bush's 'war on terror'"?  We're going to blame Bush for the expenditures at GTMO.