Why Didn't Obama Shut Down the Coal Mines Until They Were Made "Absolutely Safe"? 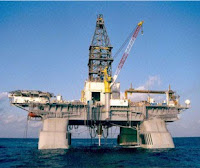 Byron York at The Washington Examiner poses a question this morning:  "Who told Obama drilling is 'absolutely safe'"?

There was one particularly striking moment in President Obama's widely panned Oval Office speech on the Gulf oil disaster. About midway through his talk, Obama acknowledged that he had approved new offshore drilling a few weeks before the Deepwater Horizon rig explosion on April 20. But Obama said he had done so only "under the assurance that it would be absolutely safe."

Absolutely safe? Even before the Gulf spill, few defenders of offshore drilling would go that far. And when the president announced his drilling plan, on March 31, he said it was "not a decision that I've made lightly" and that he and his advisers had "looked at [it] closely for more than a year." Surely he was told of the possible risks.

And so now we're dealing with this six month moratorium in Louisiana until Obama can make sure that drilling is "safe" and his commission can "do its work."
Tell me, why didn't he impose a six month moratorium on coal mining after the April 2010 explosion in a West Virginia mine that killed 29 miners?
This is a rhetorical question.
Posted by Pat Austin Becker at 8:40 AM

Shutting down private businesses would be a Socialist government takeover, as we've pointed out before.